Monkeypox, a disease that resembles smallpox and produces skin sores on the body, is the topic of much discussion today. The illness was given its name after it was found in a shipment of monkeys from Africa to Denmark in 1958. This illness is spread through bodily fluids, sexual contact, broken skin, and droplets. 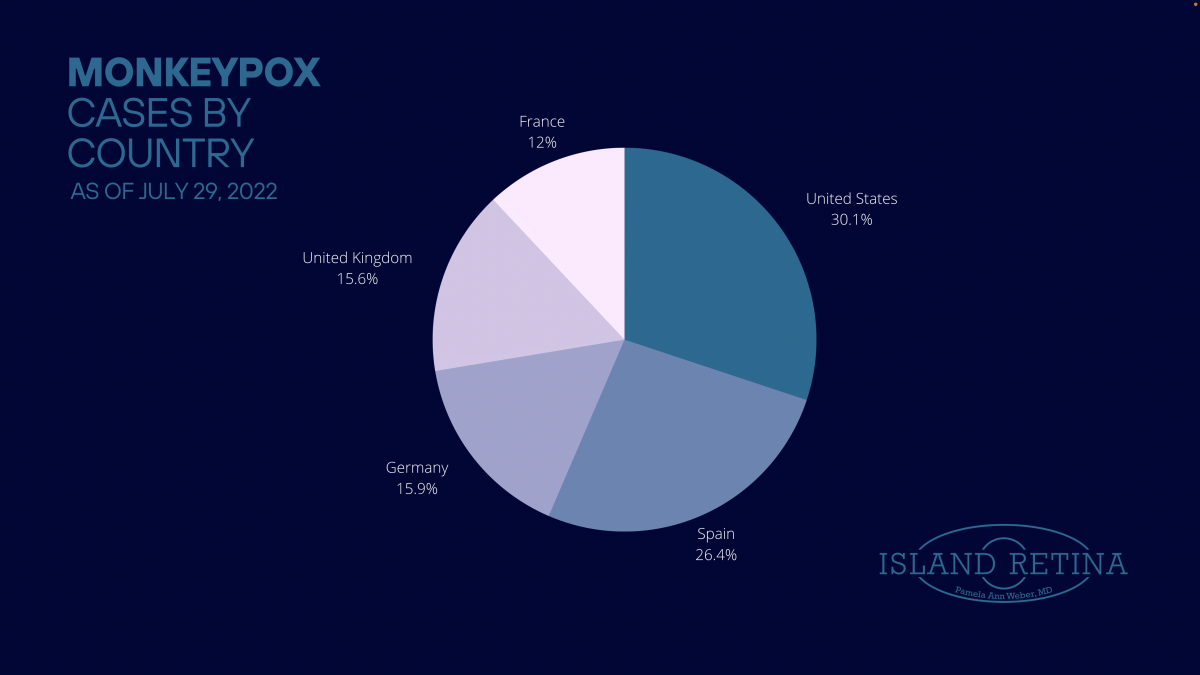 Has there been an outbreak before?

Monkeypox is extremely rare outside of endemic countries. Endemic countries include the Democratic Republic of the Congo, Cameroon, Gabon, and a few other surrounding African countries. Although it is rare for monkeypox to spread outside of endemic countries, an outbreak did occur in the United States in 2003, when prairie dogs were found to be infected with the virus. Currently, as of May 2022, there is an international outbreak that has spread to the United States, Spain, Germany, the United Kingdom, and France. As of July 29, 2022, there have been 22,485 reported cases internationally.

Who is at risk?

People who have not had the smallpox vaccination, those who live in forested areas, those who are biologically male, those under the age of 15, and those who consume bushmeat have all historically been at a higher risk for monkeypox in endemic countries.

However, there has been a high rate of infection in men who have intercourse with other men during the present outbreak. Many present-day cases have also involved recent travel, most commonly to Europe.

Can Monkeypox affect your eyes?

The rash caused by Monkeypox spreads throughout the body and can spread to the eyes. This can cause Conjunctivitis which occurs when the conjunctiva, the mucous membrane that borders the inside of the eyelids and covers the front of the eye, is irritated. The World Health Organization has reported that conjunctivitis occurs in over 20% of monkeypox cases. Also, eyelid swelling, light sensitivity, and corneal infection have been reported. If monkeypox causes corneal infection, severe scarring can occur which can lead to loss of vision.

How is Monkeypox treated?

How to prevent the spread of Monkeypox?

There are several measures you can take to protect yourself and prevent the spread of monkeypox. According to studies, the smallpox vaccine offers 85% protection against monkeypox. Also, if individuals contract Monkeypox, they should self-isolate until the skin lesions heal. Public areas and high-volume touch surfaces should be disinfected and sanitized often, to prevent the spread of the virus. Lastly, sexually active individuals should inquire with any sexual partners about symptoms or exposure to prevent contracting the virus.

Contact Island Retina if you have any further questions concerning Monkeypox and how it may affect your eyes.